ICELAND TRAVEL NOTES
Iceland is like no where else I’ve ever been. It’s scenery is dramatic and hauntingly beautiful – waterfalls cascading down the sides of mountains that seem to burst straight out of the flat ground without any suggestion of an increase in elevation until they suddenly appear. Much of our holiday driving the southern, western and central/south-western areas of the country was spent stopping every few minutes to take a photo of the ever changing scenery, and despite managing around 1,000 photos in 9 days, I still feel like I didn’t capture all the beauty I saw. Iceland was one of the rare places I’ve travelled that surpassed my expectations. There is such a trend these days to romanticise places and only show the (Instagram-able! 😉 ) beauty that when you arrive somewhere and see the other side, it can sometimes feel like a bit of a let down. But Iceland definitely surpassed my expectations. In fact the only negative thing I could say is that I wasn’t quite prepared for the amount of tourists (apparently tourist numbers have increased dramatically in the past few years) which kind of spoilt one or two of the more popular places. You know the type of tourists that push in front of you to take the ultimate selfie, or trample of track to get the ultimate selfie, or are just a bit complacent in other ways (I picked up a few pieces of rubbish from one place despite that fact that there were numerous bins nearby!) But gripes asides, Iceland was truly magical, and I could have spent a lot longer than nine days here.
COSTS
Iceland is expensive, which ever way you look at it, but there are a lot of options to make it more affordable. Eating out is definitely expensive (around $30 – $55 AUD for a main dinner course), as is petrol ($2.30/litre) but other things aren’t too bad. I didn’t think supermarket food was much more expensive than home, and alcohol was fairly comparable as well (around $25 for a nice bottle of red, though beer is slightly more expensive than at home). All of the main sites though are free, and if you stay in private lodgings (I highly recommend this place) you can cut down costs by cooking your own food instead of eating out. We did this for breakfasts and dinners, but ate lunch in cafes while out sight-seeing during the day. This was usually a soup served with homemade bread, which was always delicious, usually came with a free refill, and cost around $16-$18.
WHERE WE STAYED
We stayed in four different places while in Iceland, two nights on the South coast, two in the Snaefellsnes peninsula, one in Reykjavik (a cheap-ish AirBnB which was fine for a one night stay, but I wouldn’t recommend it for any longer) and three in a cottage in the west. Sodulshot – Snaefellsnes We stayed here our first two nights, a tiny cottage at the start of the Snaefellsnes peninsula that looked out over the beautiful surrounds. Unfortunately there was a storm the weekend we arrived, so we couldn’t really see that much, but it was still an incredible location and it would have been perfect to spend another day or two there. Hrifunes Guesthouse – South Iceland I absolutely loved this place! The rooms were lovely and well equiped, but the highlight was the communal space, and the meals – breakfast (which was included in the cost of the lodgings) which included bircher muesli, cereals, skyr and yoghurt, cheeses, breads, pates and dips, vegetables and fruit; and dinner, which was available at an additional cost (around $60 for three courses) and was amazing! A mix of veggies dishes, homemade breads, meat, fish dips etc. Both meals were eaten around one or two communal tables (depending on the number of guests) and it was such a fun way to meet other travellers. Nordic Lodges – West Iceland My favorite place we stayed at in Iceland. This place was incredible! A little out of the way, but that added to its charm. There are two cottages – Brekka and Langholt, which we stayed in, that over look the river/fjord that juts in between Reykjqvik and Akranes in the west. The view is incredible, the cottage is really beautiful and comfortable, and really well-equiped, and there is a hot tub on the deck which is the perfect place to spend a few hours relaxing and admiring the view with a glass of wine, or – if you’re lucky like we were – watching the Northern Lights dance across the sky. 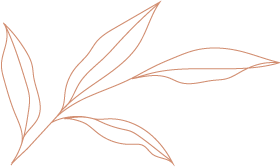